“A long cherished wish comes true for pianist Thomas Herrmann and violinist Vera Laporeva. The internationally renowned musicians, members of the Erasmus Trio, start a concert stage in Almere. Starting this year, concerts are held in a hall at their home in the Verzetslaan.” 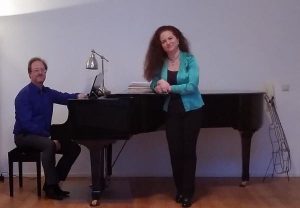 Thomas Herrmann founded the International Chamber Music Festival of Haarlemmermeer in 2006. Since then, Thomas has given shape to 6 editions of the music festival as artistic director until 2017. The festival took place in the Haarlemmermeer, primarily at the ‘Schouwburg Theater De Meerse’, but also in other locations such as the ‘Old City Hall’, the ‘Cruquius Museum’ and the ‘Cultuurgebouw’ in Hoofddorp.